Designing a call in a co-creative manner incorporating the input of different stakeholders was a challenge. It was important to decide how to allocate funds as well as determine specific criteria for the kinds of projects that would be eligible. The key criteria for successful projects placed high demands on collaborative teams that included voices and expertise from different areas of society to produce knowledge and new ideas in a co-creative manner. This meant that the ORION partners had to place the same high demands on their approach to designing the call. By putting time and energy into assembling many different stakeholders to design the co-creation call, the ORION team thought that they would give the funding applications the best possible chance of creating a unique project with real potential for impact.

It was decided that the call would be designed in a multi-stakeholder workshop where a multidisciplinary group would meet and outline the objectives and parameters for the co-creation call. It was important that this group was diverse and included stakeholders from scientific research, policy, communications, public health and governance. Assembling this group was a challenge in itself, but coming to a consensus would be even harder.

During the workshop it was clear that the group had different opinions such as how to allocate the funding whether as a lump sum to one project or as a smaller grant to several projects. During the workshop the decision was to leave this open to applicants to decide how much funding they would need and award the funds based on the reviewers evaluation (scores). While differing opinions can lead to disagreement and argument, the tone of this stakeholder workshop was always collaborative and there was a strong sense that individuals were looking for common ground. Ultimately, it was clear that the diversity of experience and perspective really enriched the discussion, for example the suggestion of allowing early career researchers to be able to apply rather than their supervisors. There were many different and varied suggestions of the types of projects that should be funded. However, there was a surprising level of consensus for what the co-creation call should not fund. The stakeholders expressed that typical public engagement projects, workshops and whitepapers should be avoided and that more than two groups should collaborate which is unusual for these types of projects. This was an important realisation and helped to truly lay the ground for novel ideas. 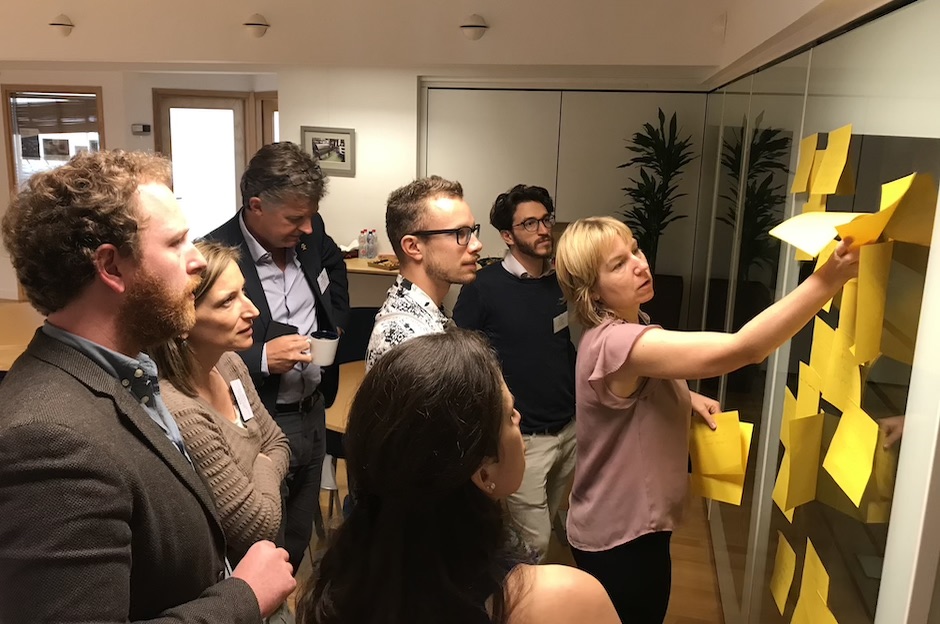 The co-creation workshop led to a successful call that received many excellent applications making it difficult to choose one to fund. Ultimately, two projects received money. MELTIC, which stands for Ideas MELting pot for ITC and Health Science for Citizens in Small Communities. This project aims to improve the quality of life for EU citizens in the small communities of: La Palma del Condado Municipality in Huelva, Spain, Mirabello Municipality in Italy, Deta in Romania and Reguengos de Monsaraz in Portugal. By developing ICT health services with many different stakeholders including local residents, it was hoped that the solutions presented would provide real improvements to the quality of life for residents. The MELTIC project produced a co-creation dossier for health and wellbeing related solutions for small and isolated communities, which have been compiled in a 100-ideas handbook.

The second project to receive funding was the VACCINE project, which aims to educate young people about vaccination using a digital game. This was a collaboration between researchers at Babraham Institute, school children in Cambridge, UK, and a game developer. The game will be launched in the summer of 2021.

Please get in touch with Dr. Emma Martinez-Sanchez, Public Engagement Officer at the Babraham Institute if you would like to know more about the ORION co-creation funding call.