Genigma is one of the two citizen science projects that has received funding from the ORION Open Science project. The Genigma project, managed by CNAG-CRG, is developing a game to explore the genomic alterations in cancer cells. The idea of the game is the result of a collaboration between the scientific team and a group of citizens who have participated in co-creation events previous to the game development.

Genigma will be a game for smartphones to investigate 3D genomic structures in cancer cells. The experiment was conceived as a project of extreme citizen science, and its purpose was to count on the collaboration of society in as many phases as possible and from the beginning through co-creation with key stakeholders. These stakeholders were all involved and have taken part in co-creation events to work out what was needed to produce a successful game. At its core, the game is a way to do participatory research to answer a scientific question rigorously. The aim of the participatory process was to incorporate the knowledge of people outside science and add value to the project form the very beginning.

At the start of the Genigma project, the scientists involved were very sceptical about how valid the contribution of outsiders to the field would be. To them, this was a research project and they were the researchers, it was hard to see how outside input could have been useful. This was not an unreasonable concern, research funding and time is a scarce resource, not to mention the whole purpose of this project was to help generate useful information for research into various forms of cancer. It didn’t make sense to waste time or dilute their efforts.

Despite these initial concerns, the scientist involved in the Genigma project attended three co-creation workshops of Genigma together with citizen science experts to guide the process. The purpose was to explain the project to different stakeholders and to get input for how it should be improved and developed further. Teachers, artists, patients, storytellers, communication experts, developers, gamers and researchers from different disciplines were invited to attend the co-creation workshops and were talking among them and present ideas in groups made up of people with different profiles. The  workshops were a resounding success, with 120 people involved.

“By assembling people with different interests and expertise, it was possible to see the Genigma project from a completely different point of view which was incredibly valuable to the scientific team” says Marco Di Stefano, co Principal Investigator of the project.

Citizens helped scientists to understand where some of their explanations were too complex or contained too much jargon. After the first workshop the researchers reformulate their presentation using their feedback and start using metaphors that come out from the brainstorming with artists. Gamers contributed to the project with fresh ideas and suggested essential elements to be taken into account for a compelling game.

The other co Principal Investigator of the project, Juan Antonio Rodríguez says: “I have the feeling that we should popularise this way of doing science to the rest of the scientific community. By co-creation workshops and active participation of a varied audience it is possible to get a unique perspective on scientific problems that otherwise is not possible”.

Oriol Bartumeu, physic, sound technician and gamer, one of the participants of the co-creation workshops said: “It was great to be invited to participate in the initial brainstorming. That connect me again with science and I enjoyed a lot. It was a pleasure to contribute with my personal knowledge to such interesting project and now I feel like I'm part of this project too.” 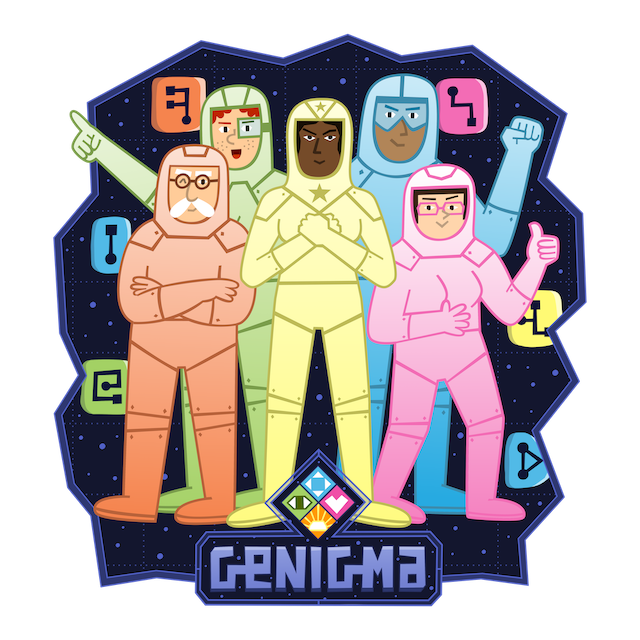 Please get in touch with Elisabetta Broglio, project manager of the Genigma project at Centre for Genomic Regulation, CRG, or visit the Genigma website if you would like to have more information about the project.