To help open science up to a wider audience, ORION organised a number of public dialogues in the UK, Sweden, Germany and the Czech Republic during 2019-2020. One purpose of the dialogues was to explore public attitudes to genome editing technology, which has revolutionized scientific research in the past decade and has the potential for broad societal impact. The dialogues also aimed to understand how to engage the public on disruptive technologies and how public engagement strategies could vary between countries. Information about the potential use of the technology has led to a wide variety of different opinions and reactions from the public, which are not always based on scientific fact. The empirical evidence gathered during the dialogues will provide the basis of future communications strategies within the ORION institutions.

The purpose of the public dialogues was to bring researchers close to the public for an extended period of time where they could have structured conversations about genome editing in life sciences. It was crucial that these events were not lectures or seminars, but earnest two-way discussions where experts were able to understand the perspectives of the participants and vice versa.

The format of the public dialogues was first decided by consulting expert panels in different countries. These panels represented experts in various fields related to genome editing such as scientific research, ethics, research, law, medicine and patient groups. They helped to decide some of the national differences in the workshops while maintaining a recognisable core so that each workshop would generate results and insights that could be compared. 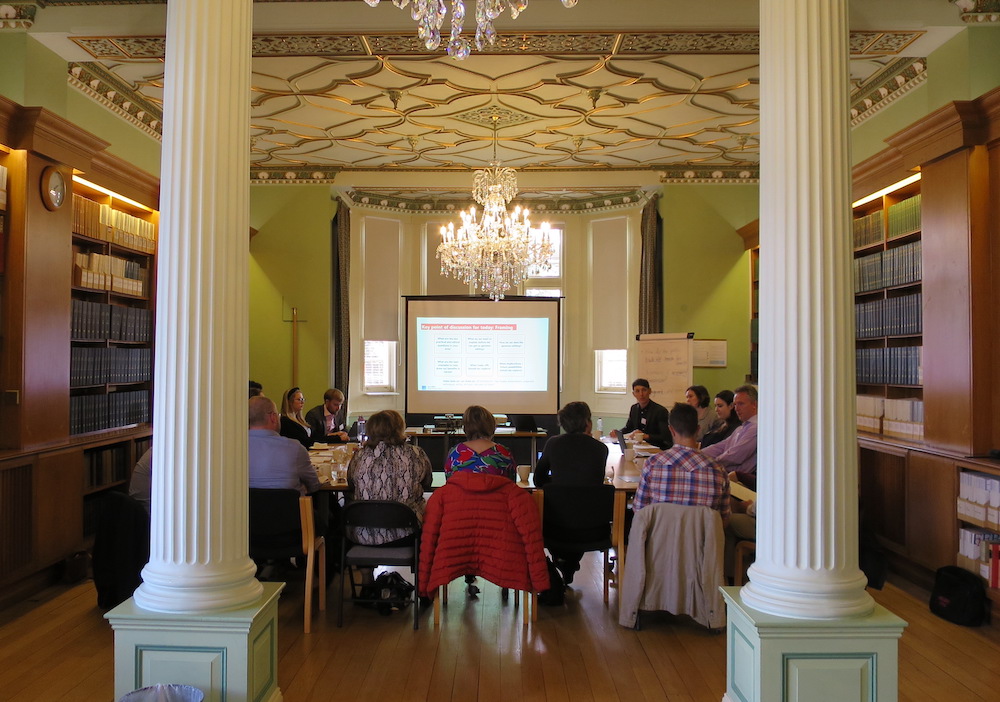 This consultative approach to open science and communication represents a departure from the way that science is normally communicated. There was a risk going into the dialogues that communication would not be two-way as intended, with people unable to take on board different perspectives. Therefore, the success of the entire project relied on overcoming any barriers there might be to two-way communication and monitoring if people changed their perception over the course of the public dialogue.

After the dialogue the feedback was overwhelmingly positive. It was especially rewarding to hear that the experts that took part felt like they gained as much from the experience as the participants. Many expressed how they were surprised how interested people were in the topic and their research. They also explained how the experience encouraged them to look at their research in a different way and thoroughly consider aspects of genome editing that they were not exposed to on a daily basis.

“It does feedback into how I view my research portfolio… So, it does have a long-lasting effect on making you think and maybe change your longer-term research ambitions a little bit. As academics you can get a bit focused on the nitty-gritty of stuff that’s only relevant to twelve people around the world but actually you need these events to remind you of some of the more important things that you are researching but maybe you should make more of a priority for research.” – Participating scientist.

Similarly the participants of the public dialogue had a positive experience. The national groups, who were chosen to represent a cross-section of society, all came into the process with very different opinions and ideas of what genome editing meant. The public dialogues did not unify what the participants thought, and this was definitely not the purpose. However, most people expressed that their understanding had shifted considerably in light of a better understanding of the scientific and societal implications. Most people agreed that genome editing had great potential to address issues related to health wellbeing and food production. However, many voiced caution over the use of genetic engineering for cosmetic heritable traits and in medicine for non-life-limiting conditions.

Overall, the public dialogues set out to achieve a two-way conversation between experts and the public and this was achieved. Whether or not such labour intensive projects can be done on a regular basis is hard to say. However, what is clear is that engagement methods that encourage dialogue and reflection should form a greater part of any scientific organization.

Please get in touch with Dr. Emma Martinez-Sanchez, Public Engagement Officer at the Babraham Institute if you would like to know more about the ORION Public dialogues.