The findings of the ORION public dialogue on genome editing in life sciences research were presented at an event on 11th March 2021. The findings bring together four public dialogue events held in the United Kingdom, Germany, Sweden and Czech Republic during 2019-2020. Case studies on the use of genome editing technology in fundamental research were used during the discussions with the public to help research organisations better understand the views of the public.

Some relevant key findings are:

Another finding of broader relevance to other organisations is the call for public-facing documentation about the current state and possible future applications arising from the use of genome editing technology. Such documentation should aim to inform the reader that, despite being in its infancy, genome editing technology could bring wide-ranging benefits which cannot yet be predicted with certainty.

Dr. Emma Martinez, Coordinator ORION public dialogue: “The findings in this dialogue hinted towards a lack of public understanding of fundamental research and called for a more collaborative approach to better manage expectations. Research organisations could do better at involving society in their practices, to test assumptions and make research and
innovation more relevant. The dialogue is a timely contribution to ongoing discussions around the development of governance frameworks, such as those by the World Health Organisation on human genome editing and by Wellcome on emerging technologies, where public engagement and ethical considerations are seen as key elements of good oversight.”

Peter Rugg-Gunn, Group Leader Babraham Institute and expert at the UK dialogue workshops with the public: “Participating in the dialogue workshops has certainly provided feedback into how I view my research programme. It was interesting to hear the public’s strong support for fundamental research, as well as the areas of research that they valued the most, such as health and social equality. These conversations serve as good reminder to think more broadly about our research portfolios and to reflect on where to prioritise our research efforts.”

In each country, the dialogue method consisted of a 1.5 day event with 30 citizens conducted by Ipsos MORI who also documented the event. Ipsos MORI produced a report containing the findings of the dialogue in each country and one synthesis report summarising the findings across countries. An international advisory board informed the dialogue process and a review group in each country adapted the project to the national and institutional context. This public dialogue on genome editing in research was a collaboration between the following ORION partners; The Babraham Institute (Cambridge, UK), the Max Delbrück Center for Molecular Medicine in the Helmholtz Association (Berlin, Germany), The Central European Institute of Technology (Brno, Czech Republic) and VA (Public & Science) (Stockholm, Sweden) and funded by the Horizon 2020 ORION Open Science project.

ORION Open Science is a Science with and for Society project of the European Union’s Horizon 2020 research and innovation programme (grant agreement No. 741527), which runs from May 2017 to September 2021. ORION’s goal is to embed open science and responsible research and innovation in the policies, practices and processes of research funding and research performing organisations. 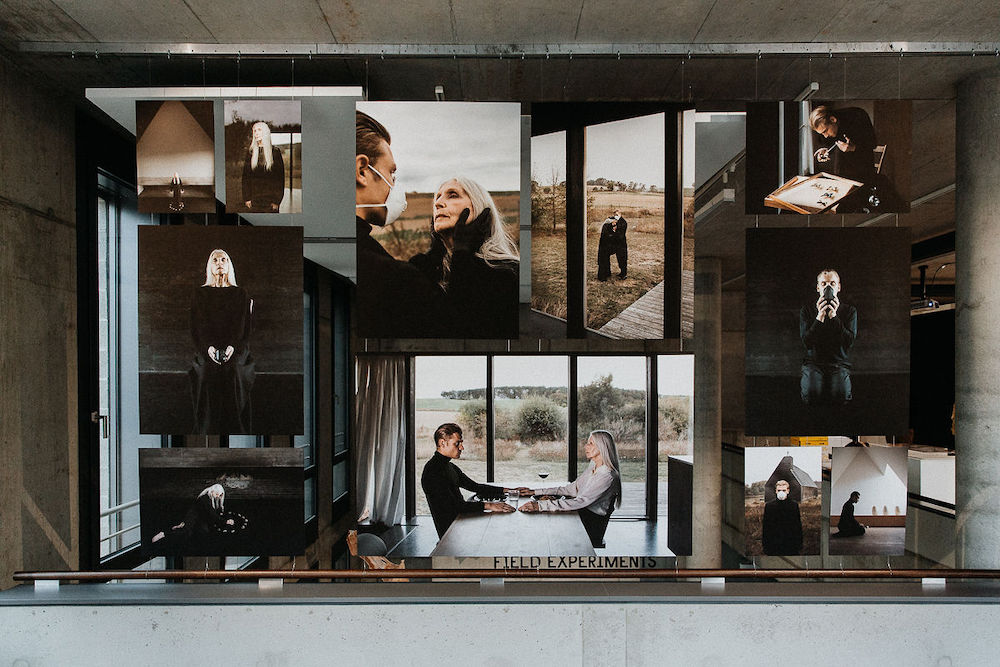 ‘AEON Trajectories of longevity and CRISPR’, Emilia Tikka art piece commissioned for ORION project and displayed during the workshops with the public in the UK and Sweden.